What a day of contrast, overcast with low cloud and a cool breeze in the morning breaking to a warm and sunny afternoon.  A walk along the old railway line at Pilmoor (VC62) offered a few photographic opportunities and several hours thumbing through identification books trying to put names to some of the species.  As with all the photos on this site, my attempts at identification are subject to correction!

Hoverflies were not particularly numerous, with those seen on a few flowering umbellifers and a small group of purple flowering mint sp..  The L. glaucia were the most numerous by far.


One small moth seen was a Nettle-tap and the only butterflies were a Comma, Red Admiral and at least 15 Speckled Woods including several courting pairs.

Staveley NR a Yorkshire Wildlife Trust reserve is a superb wetland area, recovered from quarrying that finished in the 1980's and has been managed to offer some rare habitat, and the best thing about it is that it is close to home. 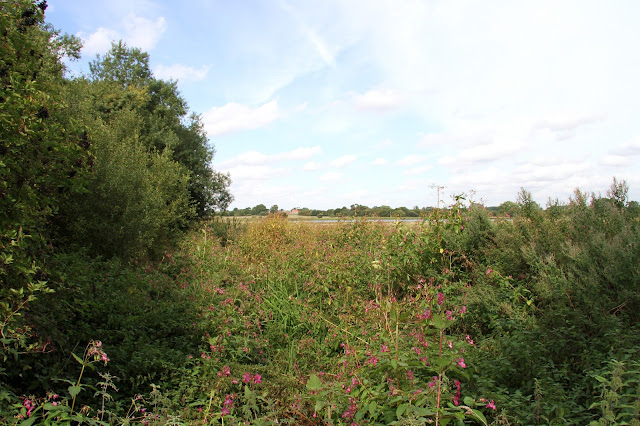 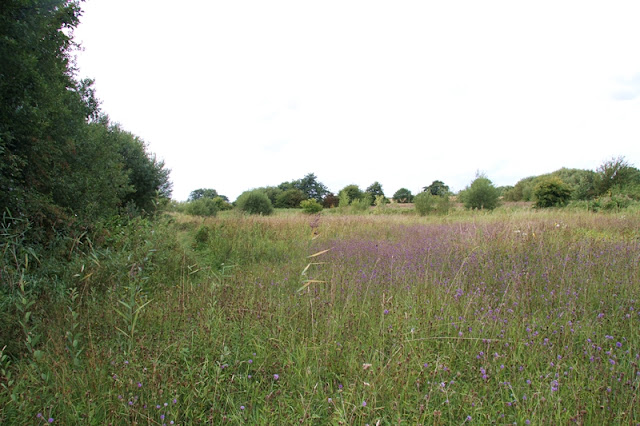 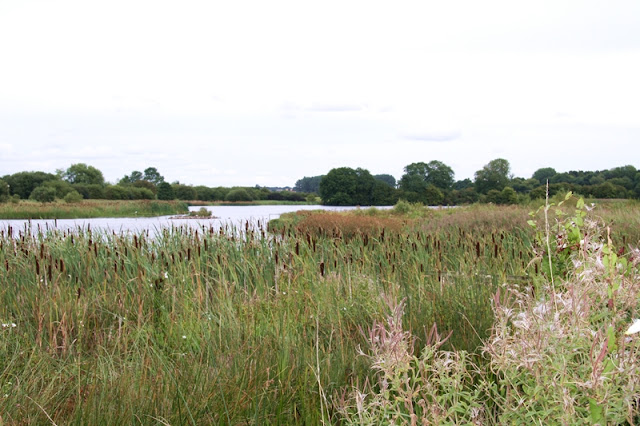 Over the East lagoon I was greeted by a Hobby being chased by a Black-headed Gull.  There were many Chiffchaff and a small number of Blackcap calling, and a Redpoll flew over calling. Dragonflies were about in small numbers: Common Hawkers, a couple of Brown Hawker, 25+ Common Darters and several Coenagrion sp. which were too far away to see properly.
A ladybird seen turned out to be a Harlequin Harmonia axyridis, a species that was first recorded in Britain in 2004 and has spread rapidly north and west.  There are a few extra-limital records further north and in Scotland but Yorkshire is currently at the northern edge of the main range.
As for butterflies, they were attracted to the blueish globe flowers of Field Scabious in the meadow areas, and included just the one Red Admiral, several Peacock, c.20 Small Tortoiseshell, three Speckled Brown and a Small Copper, while moths were represented by two Udea lutealis and eight Silver Y.

Continuing on from last week I had a go at photographing some of the hoverflies and associated species.  One big black beastie stood out with large size and black bristles on the thorax, which reminded me of the tachinid of last week, and was found to be Tachina grossa, and looking at the state of its wings it was amazing it could fly; a more complete one was seen nearby.

The number and variety of hoverflies was not as good as last week, but those identified are added here. 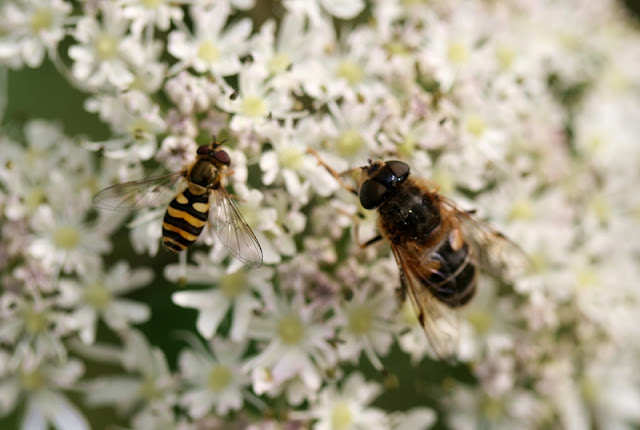 Posted by grampybustard at 23:43 No comments:

On such a beautiful Sunday afternoon and spurred on by the excellent field guide by Ball and Morris, Britain's Hoverflies (2nd edition) and the Hoverflies Facebook group I had my first attempt at photographing some of the hoverflies at Pilmoor.  Virtually the only plant in flower were some tall umbellifers and a small stand of purple-flowered mint sp..  I was reasonably happy with the results, hand-held on a day with some breeze, and at least managed to identify most of the species taken.


There was the odd imposter such as this next one a Tachinid fly that as a larva preys on the larvae of many moths.
There were a small number of butterflies about, at least two Brimstone, four Comma, several Large White and a couple of Peacock.

Posted by grampybustard at 07:48 2 comments:

Brimham Rocks just north-west of Harrogate is one of my favourite sites and just wish I had trapped there a bit more often in the nine months I lived at Hartwith just down the hill.  The conditions were not looking too favourable in that there was a breeze, clearing skies and a full moon, with the feel that it would go chilly by morning.  As it happened the wind dropped, a veil of high cloud subdued the effects of the moon and the temperature only dropped to +11.  I tried a new spot halfway between the carparks and the visitor centre in an area of mixed woodland, millstone grit rock outcrops and open areas of low scrub including bilberry.  Not big numbers, but at least one new species for me, Grey Mountain Carpet, apparently the first record for the area since the 1980's.
A total of 180 moths of 40-odd species was the final haul with a selection of typical late summer species including Barred Chestnut, Flounced Chestnut and Autumnal Rustic,  A selection of the haul follows:


There was a greyish moth which attracted my attention in holding its wings in a slightly tentiform fashion and which did not immediately allow identification.  After some initial excitement in considering species such as Northern Deep-brown Dart, consultation with Charlie Fletcher the County Recorder, we came to the conclusion it was just an odd Flounced Rustic. 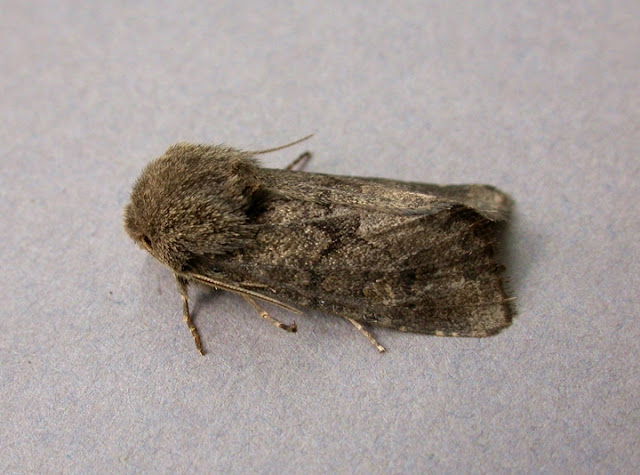 Posted by grampybustard at 08:24 No comments:

A week in Zante (part three)

Have been back 10 days now and just perusing the photographs again and picking out a few that may be of interest.  The organised boat trip to see the turtles was followed shortly after by hiring a small powered craft which we used to explore Turtle Island and the sea-cliffs around Keri.
The boat we hired was one of those in the bottom left of the photo above.  The cliffs themselves were dramatic in themselves with the layers evidence of them once being on the sea-bed before the upheaval of being lifted through seismic activity.  The only birds of interest were up to a dozen Pallid Swifts with their distinctive bi-syllabic calls and a single Alpine Swift. 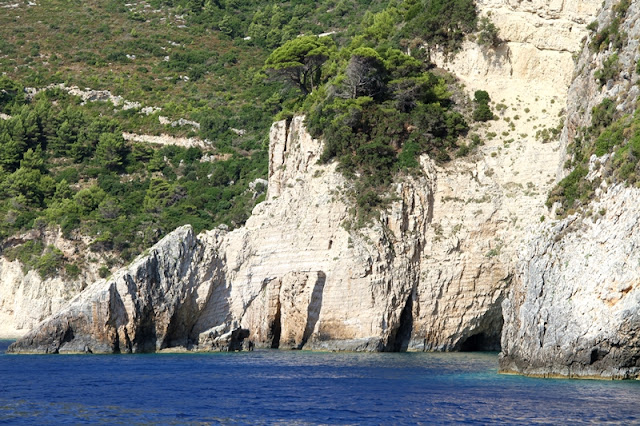 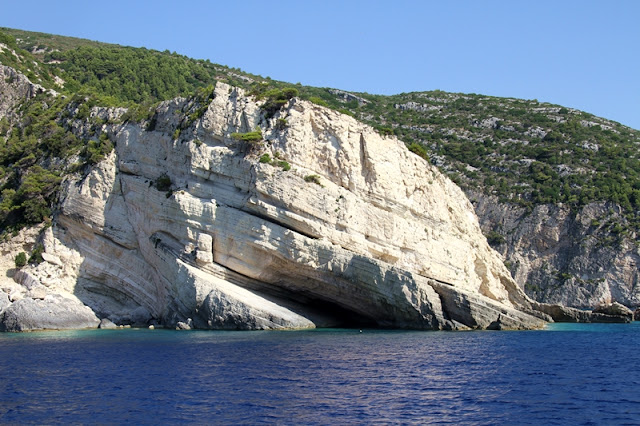 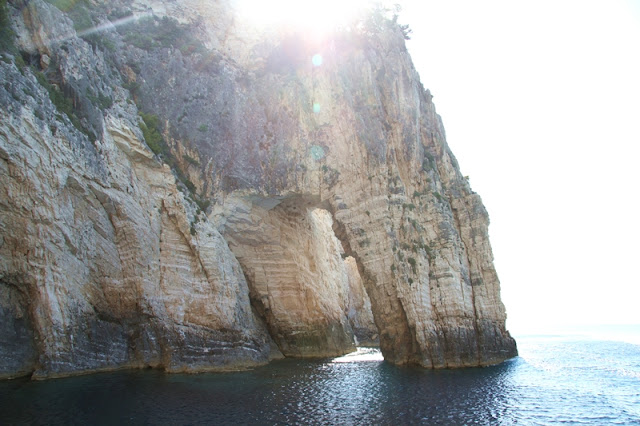 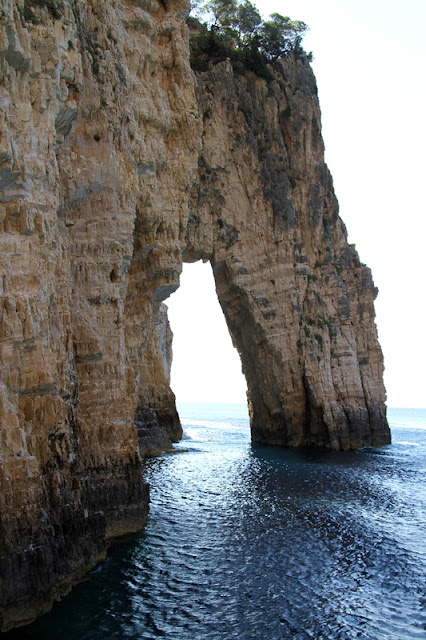 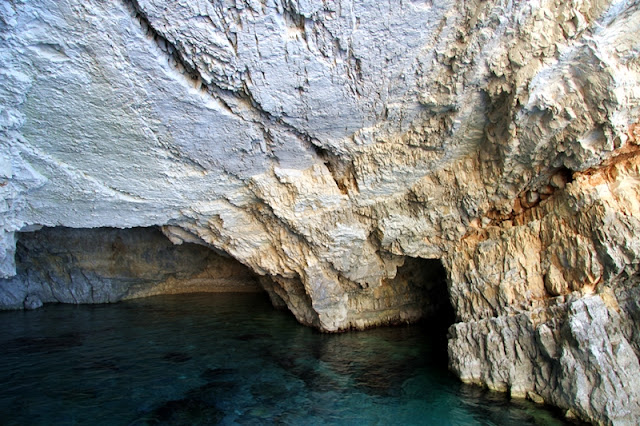 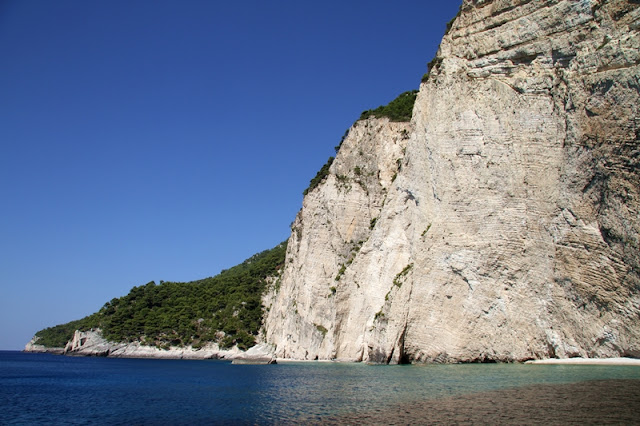 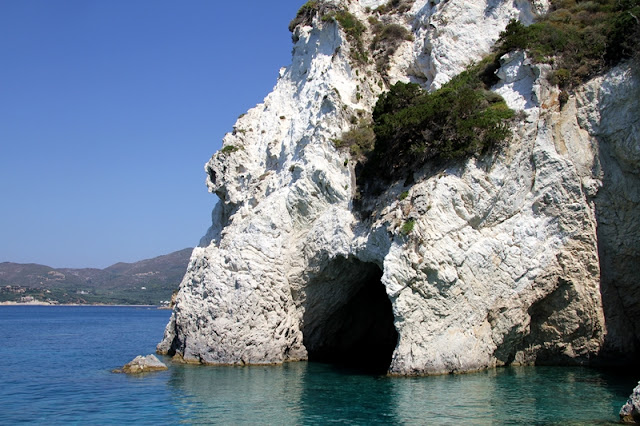 The open water between the mainland and the islands was actually quite choppy although some of the shots above do show calm water in the lee of the stiff breeze.  Several opportunities to swim in these coves were taken and including a bit of snorkelling by the girls.

On the road to Keri was an outstanding and attractive plant which I eventually photographed at the end of the holiday.  I have seen it in other places in the Med but I took the trouble to look into the identity of the plant on my return.
The taxonomic name suggests the origin of the plant which is in fact from Mexico, but was introduced and has become naturalized in the Mediterranean over the last 200 years.  This flowering stage is very transient, happening only once the plant is 10-15 years old, the stems holding the flowers growing rapidly up to 10m high in a month, and then the plant dies although side shoots may grow on.  In Mexico the national drink 'pulque' is made from the juice extracted from a severed young flower spike and then fermented.  Additionally the dry flower stems make good razor strops! (per Flowers of the Mediterranean by Polunin and Huxley, 1981)
Our villa was home to a small number of Wall Lizards which were always too quick to photograph, and we also had a Common Wall Gecko that lived in the verandah.  Walking around once dark it became obvious that these reptiles were making us of the lights which attracted various insects and provided them with their tea.
A great week, and there can hardly be more of a contrast with the weather back here since our return.
Posted by grampybustard at 14:51 No comments: