Following yet another potential nights moth trapping thwarted by heavy rain I made use of the morning sun to have a walk around Sun Beck wood, Brafferton.  My quest for putting in the effort to see  species other than birds and moths really paid off and several new insects were noted.

There were dozens of these bright yellow sawflies, but this one allowed close approach, enough to identify it as Turnip Sawfly.


A rather subdued wasp that was initially lying on its side in a buttercup eventually dragged itself to a more photogenic pose.
Several beetles were seen including the diminutive yellow and black 14-Spot Ladybird, and the dark form of .a click beetle Denticollis linearis.

There were at least 15 small shieldbugs which I did not recognise, assuming they were early instars of a more common species.  On checking the photos on return it was plain to see they were all adult Woundwort Shieldbugs, another new species for me and right at the northern edge of their range.
A very small insect with intricately patterned wings made identification rather difficult.  Having initially offered it for identification on the Diptera forums I was quickly dispatched by the resident experts to look at Hemiptera.  A peruse in that direction it was clear that it was actually a lacehopper, probably Cixius nervosus.


It was inevitable that several moths were seen, including a Nemaphora degeerella which eventually settled, and the diminutive Micropterix aruncella, a moth I have only seen twice before.  Other moths seen were a Celypha lacunana and a Silver-ground Carpet.


As a footnote, while looking through photos from previous years for any unidentified species threw up a bug from 2015 that with a quick search proved to be a Tree Damsel Bug, a southern species at the northern edge of its range.

Posted by grampybustard at 07:26 No comments:

Perhaps the highlight of Sunday's visit to Ashberry Pastures was a longhorn micro-moth found low down in vegetation.  Its small size drew my attention and I carefully potted it to photograph it in less windy conditions.  It soon became apparent that it was Adela croesella a scarce moth in Yorkshire, similar to the more common Nemophora degeerella.  It has been accepted from the photos by the County Moth Recorder Harry Beaumont. 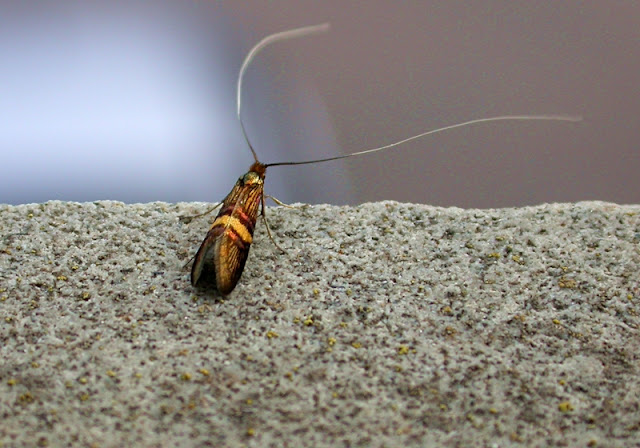 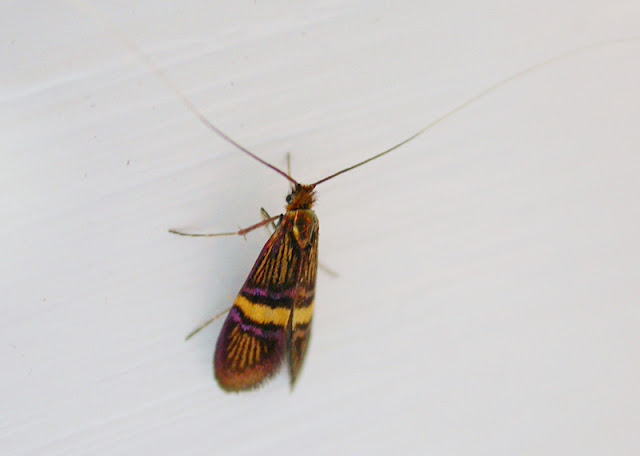 Posted by grampybustard at 18:25 No comments:

What a great place!

On Saturday 8th June I attended a Wild Flower Society botanical walk at Ashberry Pastures near Helmsbury in VC62.  The forecast was for rain which thankfully held off until midday, however this did not affect the pleasure of being in such fantastic habitat.  A small group of hardy botanists ambled through the meadows and many interesting plants were identified.  I enjoyed the visit so much that I returned the following day prompted by a sunny start although the breeze did make photography challenging.  At least 80 flowering plants were identified and some of the highlights were:

In the lanes around the area were Stone Bramble and Baneberry and nearby at Reivaulx was the stunning Dusky Cranesbill.

Posted by grampybustard at 07:17 No comments: