Far too long since the last post, but here goes.  A bit of sun and blue sky although a chilly breeze. Thought I would try and kick-start the Spring observations at Pilmoor with limited success.  Up to half a dozen Chiffchaffs singing and two distant Willow Warblers were the only migrants, residents included Siskins, Marsh Tit and Great Spotted Woodpecker.  A Peacock and two Brimstone were parading up and down the ride but with very few flowers to attract them; there was a brief view of a probable Orange Underwing but far too quick to confirm as it disappeared over the canopy. 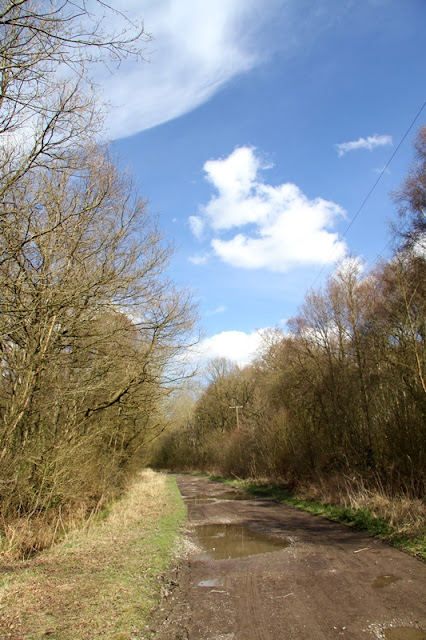 Little other insect activity: a handful of Buff-tailed Bees and a couple of fleeting hoverflies, the only one of which was a Platycheirus sp, which did not offer close enough views to distinguish between albimanus and ambiguus.


Such paltry offerings but at least it is a start.  Hopefully more to come.
Posted by grampybustard at 20:27 No comments: