Arriving home from Ireland in the rain, it did not let up until the early hours of this morning, Wednesday.  The water levels on the River Ure outside were fairly high, and I spent much of a sleepless night keeping an eye on the Environment Agency websites.  With each update the levels were rising and the previous record was broken in the early hours, peaking 20cm higher than previous highest at around 7:00 this morning. 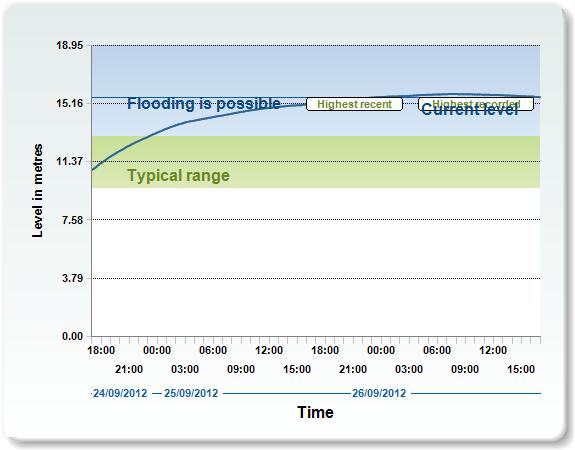 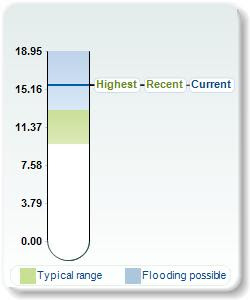 It actually peaked at 15.79 metres above datum point, some 6 metres higher than earlier in the week.... 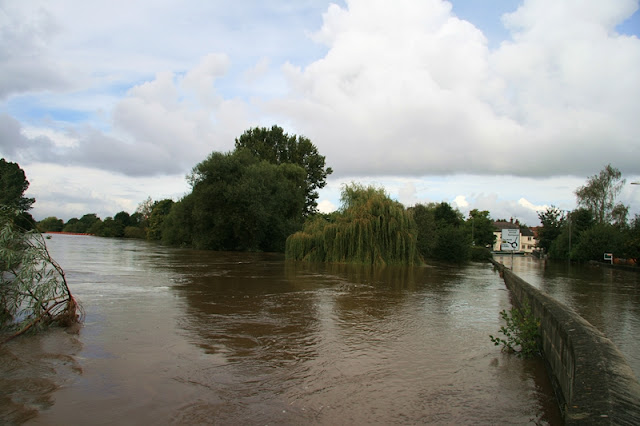 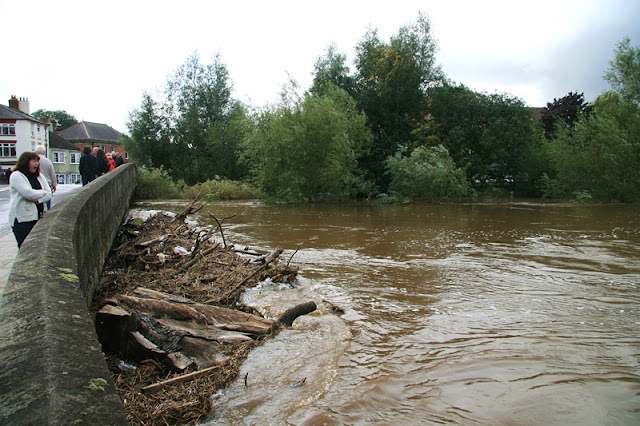 Just after taking these photos the Police removed everyone from the bridge to allow an inflatable to rescue stranded elderly people in sheltered accommodation in the buildings on the right and a couple from a barge that could not get off on the canal cut. 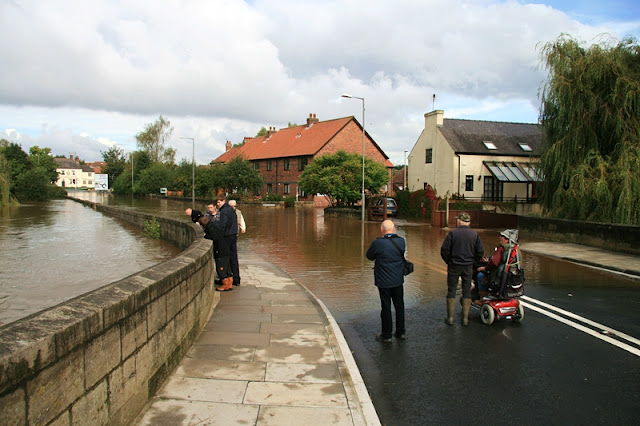 The only way to get back to our side of the river was to go right round on the old A1, the A168 by-pass to Kirby Hill and then head back south.  Where the A168 crosses over the R. Ure views back towards Langthorpe gave rather more of an impression of the scale of the flooding.  Our building is hidden by the large building with the chimney in the distance, the old Laundry, and the river is normally contained in a far more manageable strip between the willows...thank heavens for flood plains. 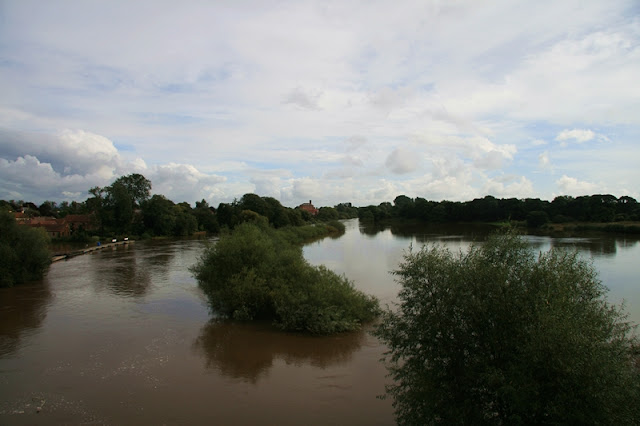 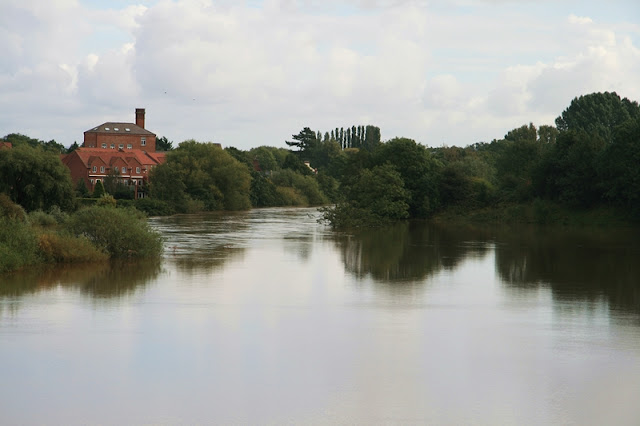 Still, could be worse, it could be raining....

Posted by grampybustard at 19:27 No comments:

A week in Ireland

Having found an exceptionally cheap way of getting to Ireland (just £67 plus £4 booking fee Return to get from Leeds Bus Station all the way to Limerick) I just had to give it a go.  When you consider the foot-passenger fare on the ferry from Holyhead to Dublin is £28 each way this is amazing value.  The only downside was that it was by coach, as fairly comfortable as it was, the spending of 17 hours travelling overnight brought back dark memories of two months on Greyhound buses and three days on a coach from Athens to London all those years ago....

So having got all the way to Limerick, and 45 minutes on a local bus got me to Shannon Airport where a pre-booked hire-car awaited, I was on my way.  Another hour or so later I was happily tucked in with four other birders at the Bridges of Ross on Loop Head looking at seabirds in a good stiff westerly gale.  To be greeted with 'You should have been here this morning...' was not what I wanted to hear, and the passage up to 1100 had included over two hundred Sooty Shearwaters and several Long-tailed Skuas.  After a quiet start, the late afternoon haul did produce at least six Sooties, 12 Bonxies, an Arctic Skua, two close adult Sabine's Gulls, and c.25 Grey Phalaropes.  Several hours sat on a rock after sitting for so long on a bus was hard to take, so with movement tailing off I had a look for an American Golden Plover that had been seen irregularly, to no avail.

The next morning the wind had moved round to the north, the spray was bad and very few birds, so decided to drive round the Ring of Kerry (oooer Matron!) with fantastic scenery and occasional stops at sandy beaches looking for waders.  Looking for Reenroe beach at Ballingskelligs which had hosted several yank waders over previous days, a place not on any of my maps and apparently unknown to the odd locals I spoke to.  As it turns out I did find the actual beach, but the state of the tide and bloody fisherman meant that the only waders on the beach were on a fisherman....


The next day was spent at Rosscarbery on the south Cork coast, a wonderful sandy estuary surrounded by minor roads giving full uninterrupted views, and with plenty of waders just screaming out for a yank wader hiding amongst them.  I spent the whole day there scanning every nook of the estuary and looking carefully at all the waders but could not squeeze any rarities out.


However, great views were had of up to 18 Little Egrets, c.500 Black-tailed Godwit, 17 Greenshank and a sprinkling of Sanderling and Knot among the Dunlin and Ringed Plovers.  At least three adult and a first-winter Mediterranean Gull were seen among the gulls. 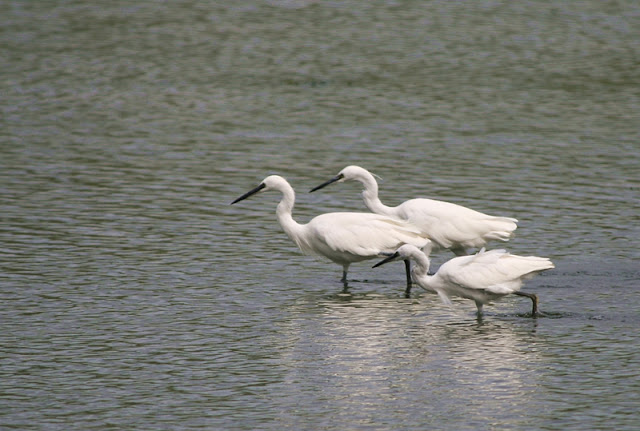 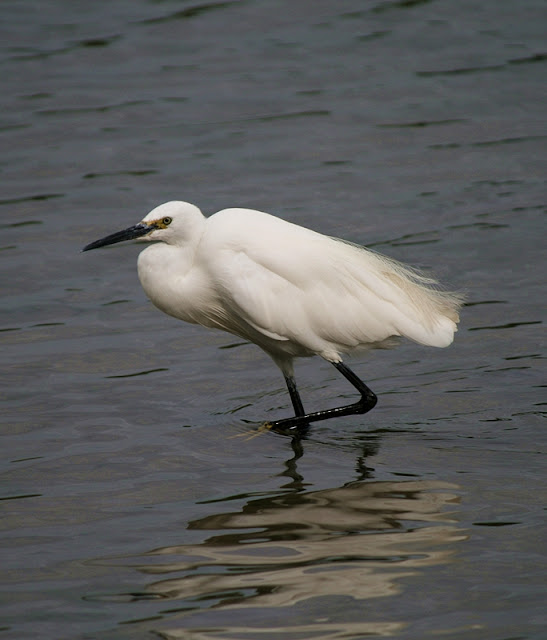 The Black-tailed Godwits were in all manner of plumages from almost full summer plumage through to moulting juveniles, and presumably most if not all were Icelandic birds en route to wintering quarters. 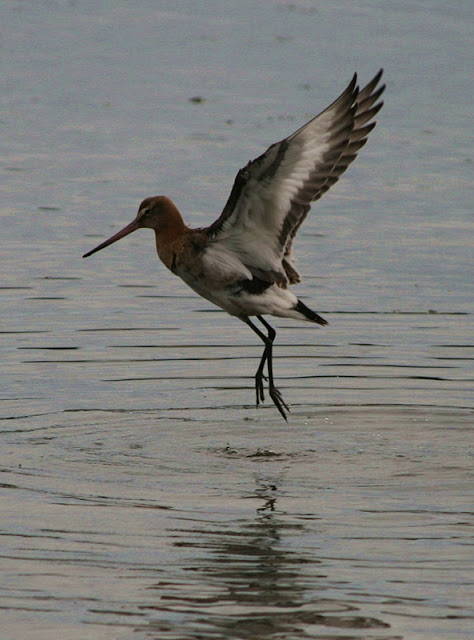 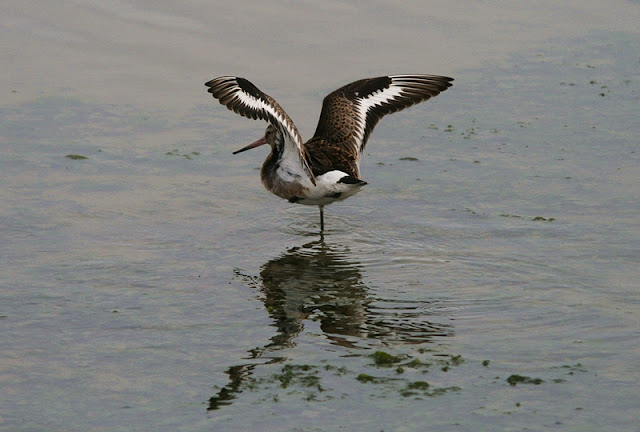 The next image has an interesting example of rhynchokinesis on the left-hand bird, the elasticity of the upper mandible tip which allows grasping and manipulation of prey without opening the bill. 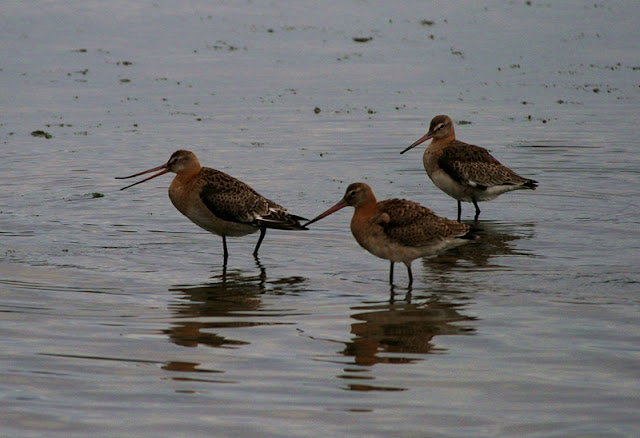 Of interest among the Black-tailed Godwits were a couple of colour-ringed individuals, the details of which I have sent off to the Icelandic authorities for further information.

Overnight at Rosscarbery, gave me another chance to look for waders the next morning.  In fact many of the smaller waders seem to have moved out, the only notable addition was a 1st-year Little Gull.  So, a drive east to the nearby Inchidonny and Clonakilty estuaries again looking for waders and a possible Azorean Yellow-legged Gull.  They are odd estuaries in that from being totally full, it seems like it takes only minutes for all of the water to drain into the waterways, so flood to desert in a blink of the eye.  Waders were much fewer in number and it was the muddy pools at the north end by the embankment that were best, with several hundred Black-tailed Godwit, a half-hidden Knot that had me going for a while and a Green Sandpiper.  Parking here is extremely difficult here and you take your life in your hands birding on the narrow roads....and then the rain came.  Views of the gull flocks bearer the estuary moth and especially off the Ring gave up a couple of first-year Mediterranean Gulls and a sleeping Yellow-headed Gull displaying some heavy streaking around its head, but not quite as much as I was expecting as the crown was much clearer of streaking.  A close Guillemot off the Ring on the incoming tide gave reasonable passing views.

A evening drive and beach-side overnight stop next to Garretstown beach near Kinsale, and I awoke to a beach totally devoid of any waders at all.  On cursing my luck on managing to avoid all the yank waders, I drove on a couple of hundred metres and found the real beach.  This was more like it.  Dozens of Turnstone, Ringed Plover, Dunlin and Sanderling spread the length of the seaweed strandline with the sun behind me...and sure enough I found the first-year Semi-palmated Sandpiper.  What cracking views of a stunning bird, no problems in identification, and plenty of video footage taken.  When I decided to try and photograph it, the pesky dog-walkers arrived and ensured that every bird took to flight, completely oblivious to the disturbance they were concerning despite my animated attempts to wave them away....bah humbug!

The afternoon further east in Co Wexford at the estuary south of Wellingtonbridge produced yet more Black-tailed Godwit,  including two more colour-ringed birds; unfortunately they were both sleeping with one leg tucked up so could not get the full colour combination.

I spent the night with my Mother and family near Duncormick, close to a village which appears on the maps but impossible to locate in real life...Bastardstown.  It would have appealed to my Dad to have had that in his address...  So Saturday was a visit to Tacumshin, a superb place, but host to about a dozen dudes displaying absolutely no field-craft and walking right out to the muddy margins and wondering why all the waders were flying off.  Having been denied a pleasant spot of wader watching at one of Ireland's premier sites by thoughtless birders who should know better rather than thick dog-walkers, a visit to the nearby Lady's Island rounded off by some goujons of cod from the world's best fish and chip shop at Kilmore Quay was divine.

Turn round from the Saltee Chipper and the boats that brought the fish in are tied up in the small harbour.  I do not know how you would measure the carbon foot print of walking across the road with a box of fish...

A Sunday evening drive to Tipperary and on to Limerick on Monday morning where rather disappointingly the locals did not talk in rhyme...  Hire-car dropped off at a very rainy Shannon departing in the same weather as I arrived, a local bus back to Limerick before the coach trip overnight back to Leeds and yet another local bus to Harrogate where I picked up Em's car to get home.

Epic travelling, a numb bum, some great scenery, super birds, a superb meal at The Yard in Wexford with Mother and family and those unbelievably good cod goujons all made for a great experience.

A distinct decrease in numbers and species as is customary from mid-August, signalling the end of major hauls, but also the onset of autumnal species.  No real surprises in the catch, 232 moths of 55 species, but an opportunity to take a few photos.

Posted by grampybustard at 15:13 No comments:

A belated post of the last trapping events on 7th and 8th September.  The first night produced 55 moths of 16 species, fairly unexceptional with the of an Epermenia falciformis which I had only had elsewhere only recently, and was a new species and first record for VC62.


The second night was all set up in the same area but targeting the aspen trees in the hope of aspen-feeding species (in particular the micro Epinotia maculana which has not been recorded in Yorkshire since 1997).  On returning just before dawn next morning to be met with the fact that the bulbs were out...but the generator was still running?  It would appear that the vibration had shaken the plug splitter loose enough to break the connection.  The bulbs were cold, but had been on for at least a while as a few moths were still in the traps, with just 26 moths of eight species, and nothing of interest.

Posted by grampybustard at 15:05 No comments: