Other species this week

As a consequence of actually spending a bit of time out during the day in my local birch woods, it is inevitable that other species were noted and here is a selection of what was seen.

Posted by grampybustard at 17:31 No comments:

Following on from the frustrating fact that none of the purple-coloured Eriocranias I have caught at Pilmoor could be identified with any certainty without dissection, and my two old records of probable salopiella mines in very early June 2012 and 2015 were very likely but not accepted, I have put some effort into looking at birch leaf-mines this year.  Five visits to different but closely related sites at Pilmoor, Sessay and Brafferton have certainly produced the goods!

From my previous records of adults all entered into MapMate as semipurpurella (mainly due to the fact that there is no option to record eriocrania sp., and was considered to be the most common), the results of this week cannot be more different.  Of course from just 7 days data this may be slightly distorted in that semipurpurella may have a slightly earlier/later larval stage and its actual presence masked. It is also noticeable the number of wilted empty mines that have increased over the week making them unidentifiable.  Nevertheless, the most common species found this week is Eriocrania sangii, with smaller numbers of unimaculella and cicatricella and my main prize of an early instar of salopiella (identified and confirmed by Ben Smart), and two further salopiella today.  A small number of possible semipurpurella larvae could not be confirmed with any certainty.  All of these listed below are new for me and all are under-recorded in Yorkshire, making all of these significant records, especially the salopiella. 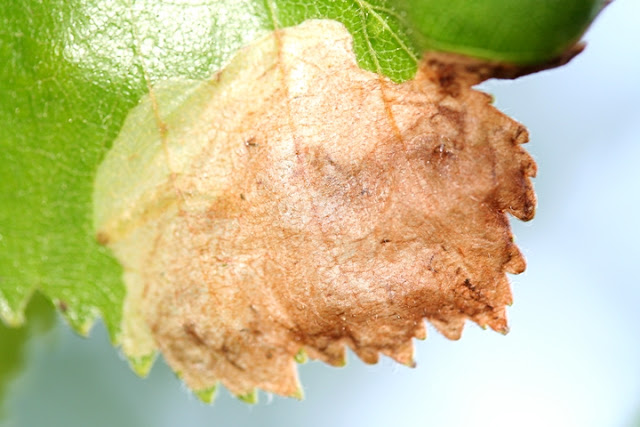 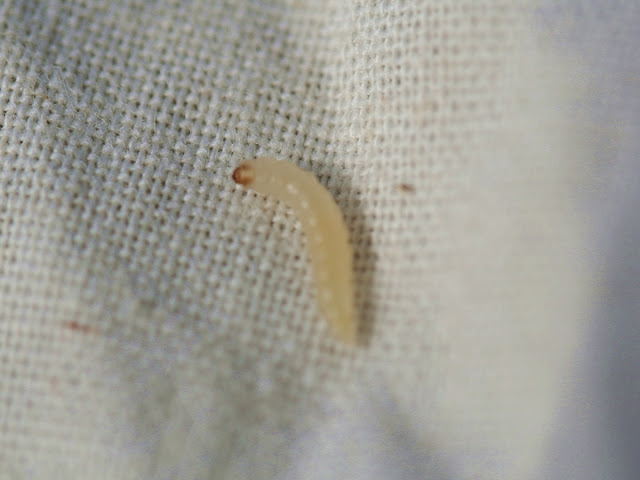 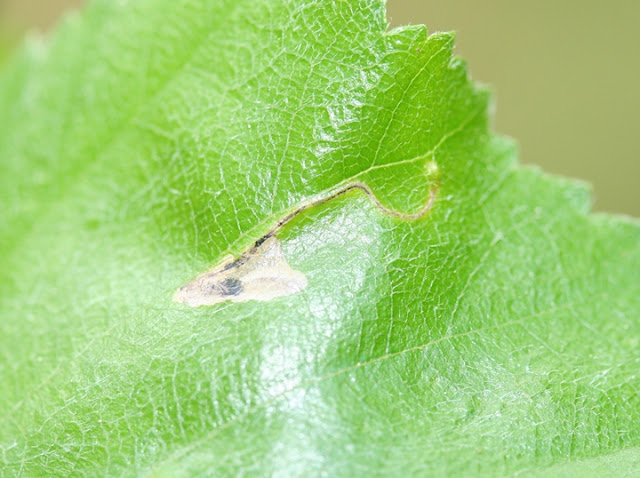 The leaf-mine begins as a narrow gallery in the centre of the leaf, turning into an elongate blotch and then a larger blotch encompassing the leaf margin.  Spurred on by this success, two more were found at Pilmoor Hall and Sessay Wood this morning. 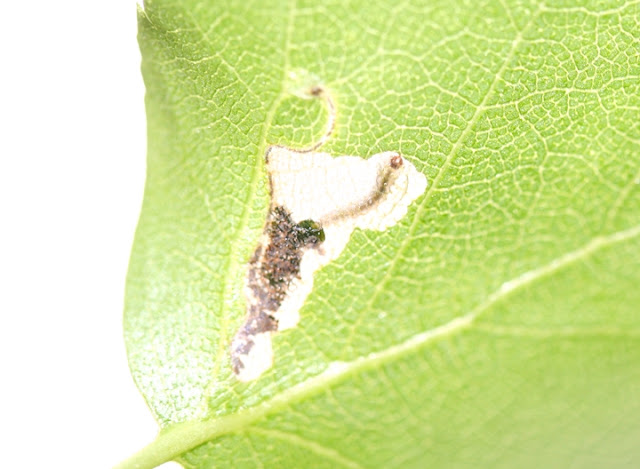 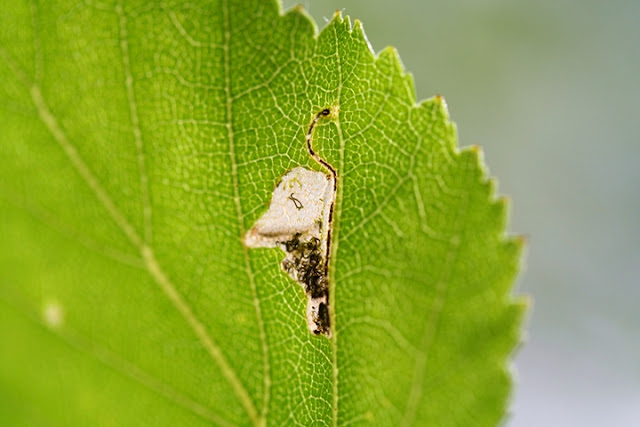 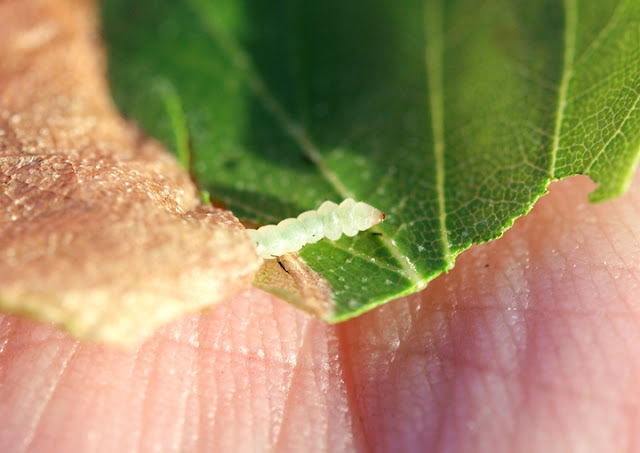 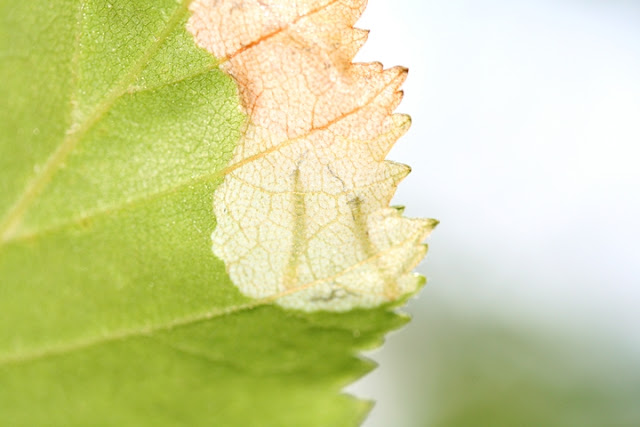 Often between 2 and 4 larvae in a mine, the larvae having swollen couple of segments immediately behind the head. 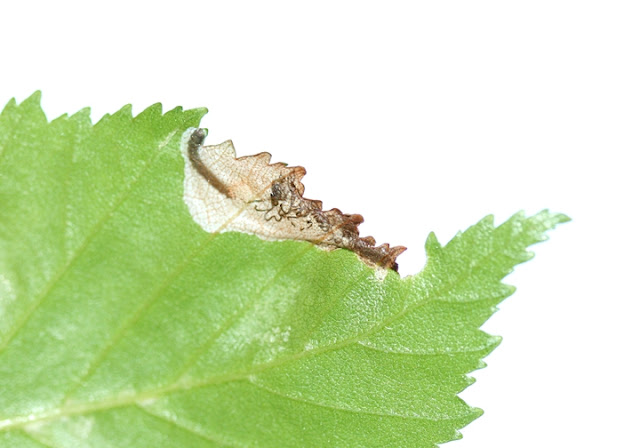 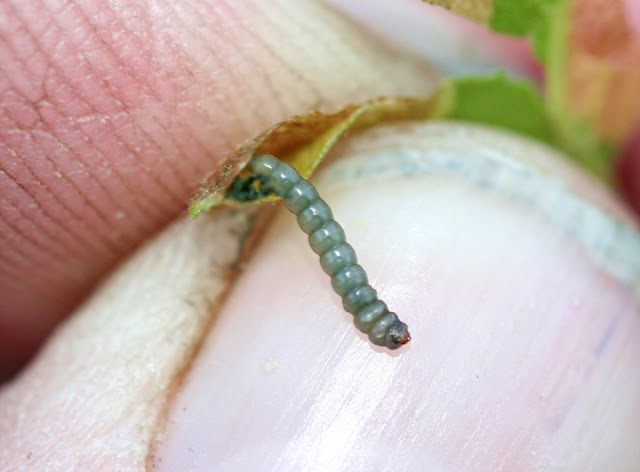 The easiest to identify in that the larvae are dark grey.

I just need sparrmanella next month and it will be almost a complete set!

Posted by grampybustard at 17:04 No comments: