If I thought 2017 had been good then 2018 has been outstanding!  I achieved my best year total of species identified and I had 60 (!) new lifer moths in total, seven of which were outside of Yorkshire.  In Yorkshire alone I had 65 moths for the first time in the County, 12 of which I had seen elsewhere before, mainly southern species making their way northwards.  Once again leaf-mining micros made a sizeable contribution to the total, but seven new Yorkshire macro moths were of note including three not identified anywhere else before.

The first highlight of the year was a planned foray to Lancashire to try and see Belted Beauty, a very rare moth in one of its main English sites, and was lucky enough to find this fine male.
In May through to mid June I concentrated on leaf mines on birch leaves in particular looking for Eriocrania mines, a small family of mainly birch feeders, very few of which recorded in VC62.  My aim was to find at least one salopiella mine acceptable as new to VC62, following two probable vacated mines in previous years, both in early June.  I managed to find a total of twelve E. salopiella mines at four sites at Pilmoor, Sessay and Brafferton, 13 - 26 May.  Other birch feeding miners were seen in the same area as a result: two E.unimaculella, 7 - 13 May; two E.sparmannella, 24 June - 2 July; eight E.cicatricella, 7 -20 May; and finally 59 distinctively grey larva tenanted mines of E.sangii. 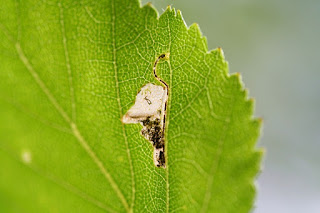 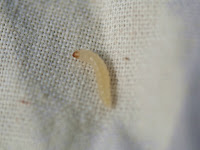 
As a further consequence of looking at leaves I found at least 18 Heliozela sericiella mines on oak at Brafferton, following the first VC62 record I had belatedly identified from an older photo at Pilmoor.  The larvae mine from the petiole out through the main rib, cut an oval hole off the midrib and drops to the ground to pupate.

My use of trapping sites was rather more limited than in recent years mainly due to focussing my attention from early May to a new private woodland site, Brafferton Spring (VC62).  This site is just east of Helperby, and is loosely associated with my sites at Pilmoor and Sessay.    From early May I spent  a total of 21 nights trapping at Brafferton Spring using a 125w MV on a Robinson trap and a 160w MVB over a white sheet, and at least a further 14 day visits looking for mines. In just six months trapping at this new site I amassed a total of 325 species which is not at all bad considering the lack of Spring species. 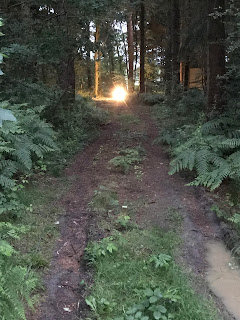 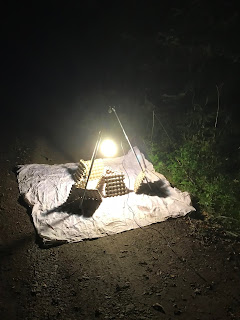 
Other highlights from Brafferton included my first Devon Carpet away from its very few upland breeding sites in the County, a total of 11 of the scarce Pine Hawk-moth, two rare Wainscots, Mere and Twin-spotted, and the first Dog's Tooth probably for twenty years.  Remarkably the Devon Carpet, Twin-spotted Wainscot and the Dog's Tooth all occurred on the night of 3rd August along with several others scarcities.

In the autumn I targeted more leaf-mine species and again this proved very succesful.  New to VC64 was mines of Ectoedemia sericopeza on the samara of Norway Maple in Boroughbridge, and hundreds of mines of Ectoedemia argyropeza on aspen leaves at four sites in the Boroughbridge (VC64) and Pilmoor and Brafferton area, with only one previous unpublished VC62 record.

So then, what about 2019?  I think I will be targeting some of the less well covered parts of the County in the far west and especially some of the moorland moth species, and also try my hand at a few of the other insect families and plants.  So much to see but I don't think I will be achieving the same number of new moths for the year!

Posted by grampybustard at 18:20 No comments: