A brush with a Constable....

"Identifying moths: a guide to the difficult macro and micro families" sounds a bit of a heavy course, held at Flatford Mill in Suffolk, but was actually an extremely rewarding couple of days.  The link to Constable is of course that this was where he painted the Hay Wain, with the waggon being pulled through the pond to the left of the main building, with the right hand end of Willy Lott's cottage in the left of the painting.
There were nine of us on the course, which was run by Jon Clifton.  Friday night was cold and several traps were set out around the reserve, in fruit gardens, open areas and reedy scrub wetland.  Saturday morning was spent going through the catch, with the wetland area proving fairly disappointing.  There followed classroom sessions on the Hoplodrina complex, Common and Smoky Wainscot, the 'Scops', China-marks, crambids etc.. with reference to set specimens, and website images.  A review of the best available literature both for the UK and Europe was most useful.


Saturday evening, looked more promising after a rain shower, and so it proved with an increased catch next morning, which took till late morning to sort.  More classroom sessions, on the Dark Brocade and Confused, the features of the main micro families and where to find them in MBGBI, the history and use of pheromone lures, and an enlightening gen.det. session where what we all assumed to be a Tawny Marbled Minor was actually a Marbled Minor with reference to plates from a forthcoming identification book.
We ended up with 650 moths of 80 species, including the scarce Acleris shepherdana, three Hedge Rustic, 20 White-point, and a couple of Webb's Wainscot.  So, a very rewarding weekend in a marvoulous setting with good company, well tutored, and lots of facts to now try and put into practice.  I felt rather relieved that one of the other courses there at the same time was on 'Docks and Goosefoots' which makes looking at moths seem quite normal in comparison....
Thank you Jon for a good course, and I would thoroughly recommend similar courses run by the Field Study Centres.
Posted by Grampy Bustard at 18:34 No comments:

Having eventally got round to checking the photos of some of last nights moths, I find a Grey Chi as new for me, only my second Suspected, and some rather striking Flounced Chestnut.  This takes the total to 48 species identified.  The wonders of digital photography!
Posted by Grampy Bustard at 21:43 1 comment:

A night at Brimham Rocks

A calm night, but dropping cool, and felt cooler than the +11 recorded next morning.  A few moths about, and some upland and moorland species I have recorded there before.  The highlights were five Golden-rod Brindle, and the other species of interest were 15 Northern Spinach, seven Autumnal Rustic, 17 Barred Chestnut, 12 Neglected Rustic, and 19 Heath Rustic.
Posted by Grampy Bustard at 15:27 No comments:

A weekend away down south....part four

Sunday afternoon, and the inclement weather was closing in, so headed back to Dorset, arriving there in the same fog and rain as when I had left.  With little prospect of being able to trap overnight, I headed to Abbotsbury, where I new I would have a chance of getting a new moth, without setting a trap.  Sure enough, on checking the toiletblock in the carpark, there were three Channel Island Pug resting on the wall.
The rain and wind did not let up until dawn so a quick dash ro Portland to see some close flying Gannets and a Great Skua, before retrieving the rest of the family and ambling back to Yorkshire.  Two good nights trapping and several new moths, and a satisfied family who had enjoyed their visit too, before arriving backin a rain-soaked Langthorpe.
Posted by Grampy Bustard at 11:20 No comments:

A weekend away down south....part three

Sunday morning, having packed away at Gunwalloe, I arranged to meet my mate Pog and Dougy at Predannack Airfield.  Dougy carefully explained the intricacies of the perceived hierarchy of the various users of the airfield ....and it was agreed that model aircraft fliers make birding and mothing look normal.....and the feasibility of getting our own model with a massive prop on the front to hunt down and shred the prized specimens was considered, or the possibility of hacking into the frequency with our own control box, and stonk the plane straight into the ground at high speed....
A quick sweep of the airfield driving the main runway and taxiways eventually produced a Dunlin and five Ringed Plover, plenty of Wheatears, and the provocative shout of 'harrier!' when the rusting hulks hove into view....
A good walk around Windmill Farm NR, produced few birds, and spiders seemed the order of the day. 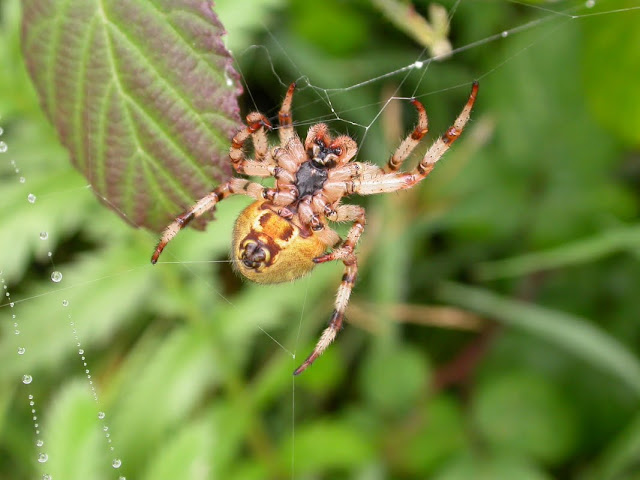 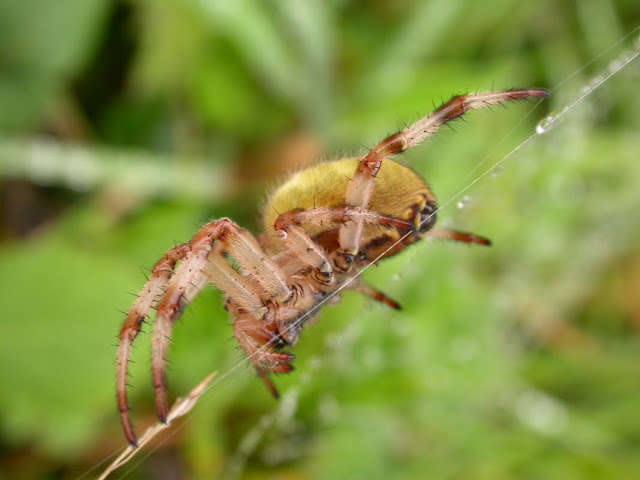 A weekend away down south....part two

Saturday morning, increasing wind and heavy rain, and a forecast that suggested heading west to take advantage of improving weather. So, having hit the A35, just kept on going, with the Lizard in Cornwall the destination. I spent the night in breezy mist at Gunwalloe in the reed-beds, with the wind dropping about 0100 as the front went through, to reveal a muggy calm morning. 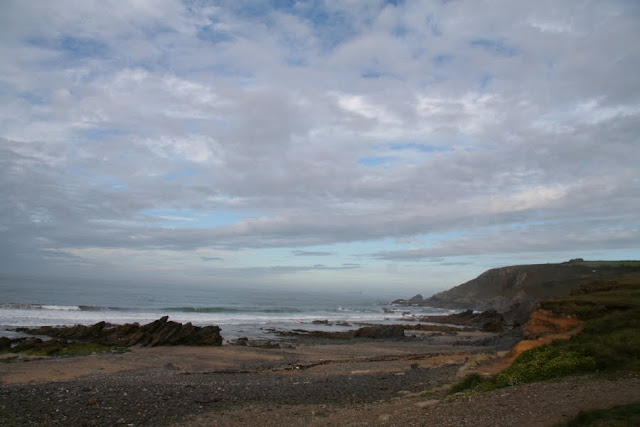 Again, a good nights trapping, although surprisingly very few Wainscots in the MV, and I suspect the battery did not last all night on the actinic in the churchyard. 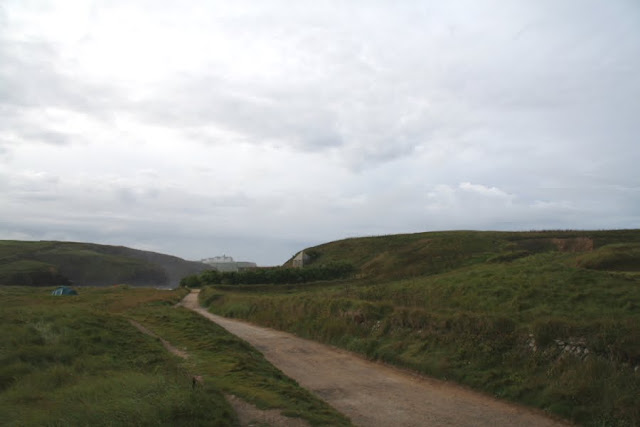 Some interesting and scarce species with a couple of new ones for me. With 384 moths of about 50 species, the pick of the catch were five Grass Eggar, an Oblique Carpet, two Galium Carpet, several each of Square-spot Dart and White-line Dart, eight of the fabulously patterned Archer's Dart, singles of Bulrush Wainscot, Southern Wainscot, and a Webb's Wainscot which was new for me, as was one of the few micros present, an Elachista atricomella.
Posted by Grampy Bustard at 10:49 1 comment:

A weekend away down south....part one

Friday afternoon, leaving a sun-bathed Yorkshire, the clouds closed in as we headed south.  Dropping Raine off in Bristol to see her folks, and then on to Cerne Abbas for Nat to stay with friends there.  As we entered Dorset the fog and drizzle set in....what a welcome.
Having dropped Nat off, the omens did not look good for trapping, but decided on Hardy's Monument, where I set up the MV with a rain shield in a sheltered area just down from the monument.  A rain shower at 2300, followed by breezy fog, but it was quickly eveident that there were quite a lot of moths about.
Following a night being woken by HM's Contabulary twice, I waited till dawn to check the trap.  On approaching the trap, there were sporadic buzzes of activity as the moths started flying around, before settling again.  Opening the trap up it was quickly obvious that four species were predominent: the bully-boy Large Yellow Underwing, Setaceous Hebrew Character, and lesser numbers of the more sedate Vine's Rustic and Flame Shoulder. 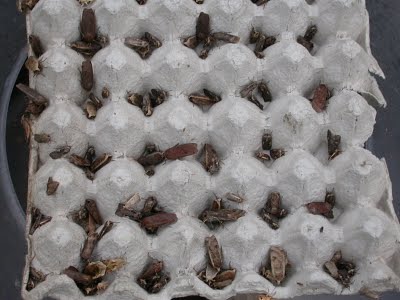 I ended up counting around 930 moths of just 34 species, with those of interest were Pine Hawkmoth, eight Dark Swordgrass, and 21 White-point. 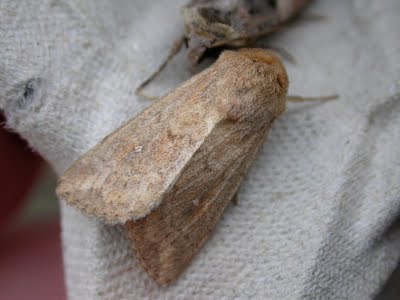 With all the thrashing about, there was a brown dusty layer in the trap, and all the micros and hoverflies which were seen during the night were disturbed, with just five micros and one hoverfly left in the trap. 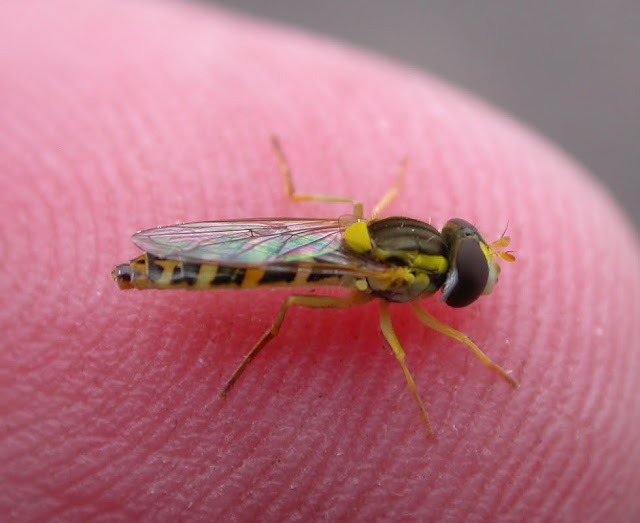 I was amazed to hear a Nightjar churring in the gloom at 0500 in the morning, not the first I heard there, but just rather unexpected to hear so late in the breeding season.
Posted by Grampy Bustard at 09:43 No comments:

Having recently visited Wexford in Ireland to see the folks, I could not help but notice this warning sign on the outskirts of a neighbouring village, Duncormick. It brought back painful painful memories of my recent spell recovering from hospital.......ouch!
Posted by Grampy Bustard at 20:12 No comments:

Friday night, which would have been the preferred trapping night, was wet, so had to defer to the Saturday night, which was forecast to be cloudy and dry.  First of all while loading up, I dropped a can of drink that punctured, spraying all over my trousers and the car.  Kilburn woods was favourite for the night, so duly set off and set up 3 traps spread over a couple of 10 km squares.  All parked up, trying to get a few ZZZ's, and awoken at 0215 by rain on the windscreen.  Panic!  With two unprotected bulbs including a very hot 160MVB, it was a rush to list and identify as many moths as possible, while trying to keep the rain off.  Fortunately the heavy shower passed over, but I still had to get all the kit away, while recording as much as possible.  The micros were a bit neglected other than a handful of specimens to photo.
Having got to the second location, I find the actinic light dead...had I really forgotten to top up the battery...?  It could only have just happened as there were still plenty of moths in the trap.  The rain started again, and on emptying the trap, I spot a large moth on the trap wall.  Half identifying it in my mind, I consider going back to the car to get a larger pot, but decided to squeeze it into one of the regular tubes.  While trying to get the lid on, I dropped it, and the beastie escaped!  I checked Townsend and Waring, and zeroed in a Tissue...a new one for me.
Eventually got to bed at 0430, only to be up again at 0800 taking #1 daughter on an endurance ride.  We got to the venue, avoiding Sutton Bank, got the horse vetted, all tacked up and of she went.  Before meeting up at checkpoint 2, had a couple of calls saying she was lost...studied geography at school yet hopeless with maps....  Then the dreaded call that she was now completely lost and the horse was not moving at all well.  With the powers of deduction, I worked out where she was, helped by the fact that the position she described in Boltby Forest was somewhere I had set a couple of moth-traps in the past.  So, picked up the trailer, rescued horse and daughter, and abandoned the rest of the ride.  Retired hurt, we set off home, then after a short way heard a commotion in the trailer.  A bolt on the recently serviced partition had come undone, allowing the partition to drop down and frightened the horse, causing him to kick out and cut his leg.  We eventually reassembled the trailer, got things back together, the horse settled, and got back to the yard with no further incident.
On checking the feasibility of Tissue with Charlie, he advised only a couple of older records within the rough area, and without a photo or specimen not really an acceptable record.
So the story of the day is no rosette for not completing the course, and a probable goodie confined to the wastebin.  Such is life....
Posted by Grampy Bustard at 23:31 3 comments:

Having had a very successful night out at Silton Forest, VC62,  on 31st July, with just short of 800 moths of about 85 species, I just happened to find a specimen pot in my jacket pocket several days later.  After some time trying to put a name to the moth inside, it suddenly came to me that it was a Suspected.  I ran it past Charlie who agreed.  Another new one for me in Yorkshire. 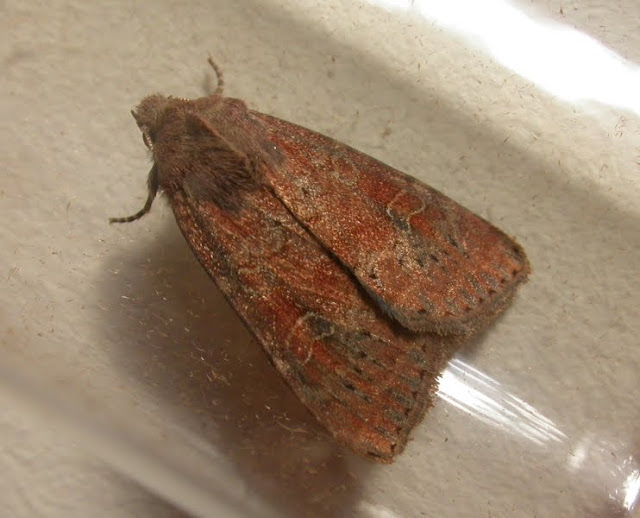