They say to make hay while the sun shines, so with four days of muggy but dry weather, meant four consecutive nights of trapping out and about.  The first night  was Saturday where I chose the open moorland site at Dallowgill due light wind forecast.  Sunday night was Sessay Wood at Pilmoor which offered shelter from quite a stiff breeze.  Monday night was a joint effort with Charlie, Jill and Bob at Staveley, where I left an MV out overnight and returned next morning.  Finally, on Tuesday night, buoyed by such a good return the previous night, I spent the night at Staveley up by the last hide in the reedbed.  So, what was the return for my efforts?  A fine total of 2837 moths of 236 species, including a few new ones.

Sessay Wood, a good selection of the usual species, although Limnaecia phragmitella, five Hedya salisella,  Dark Spinach and three Scarce Silver-lines were new  for me.  The other highlights were 45 Four-dotted Footman, 66 Minor Shoulder-knot, three Suspected, an Olive and Angle-striped Sallow.

The first night at Staveley I sited the trap at the woodland edge backing on to the open rough field near the stone cairn.  Being slightly different habitat to where Charlie had sited the other five traps, it added about 15 species to the overall list of 170+ species.  I only recorded my own trap catch for the purpose of these totals.  Having actually enjoyed a few hours in my own bed it was a return to form with Tuesday night being an all-nighter by the hide in the reedbeds at Staveley.  I should have known better as it took 4 hours to do the two traps in an increasingly stiff breeze, and ran out of time and pots....   New species to me were three Adaina microdactyla, three Dark Umber, Bordered Pug, Pimpinel Pug, while others of interest were 25 Calamotropha palludella, another Dark Spinach, three Southern Wainscot, a Brown-veined Wainscot, five Fen Wainscot and two Silky Wainscot.

Not a bad return for a few nights trapping!

The aliens have landed....

Here in Langthorpe on the river Ure, you cannot avoid seeing a couple of invasive alien plants on the banks of the canal cut.  The first is a single Giant Hogweed Heracleum mantegazzianum, which at just under 2 metres in height has just passed its prime with many of the white flowers now turning to seed.

This impressive plant which can grow to 3 metres in height is originally from south-west Asia, and was introduced as a monumental curiosity by 1820, and was first  recorded in the wild in Cambridgeshire in 1828, and has since spread to much of the UK, the seeds spread along watercourses.  It is, however, a dangerous plant, in that its sap contains toxins that once on the skin reacts with sunlight to cause severe burns and blistering which can last several months, and if it makes contact with eyes can cause blindness.  Once the sores have subsided, the effects of the rash can last for five years or more.

The other plant that seems to be everywhere at the moment is the Himalayan Balsam Impatiens glandulifera with such interesting common names as Policeman's Helmet and Gnome's Hatstand, this too can grow to 2.5 metres, often seen in damp margins and roadside verges.

This plant is also from Asia, introduced to Britain from Kashmir by Dr Royle at Kew Gardens in 1839, it too escaped and spread along water courses by 1855.  Now widespread across much of Britain, but rather patchy in the borders and Scotland, it can grow in such profusion that it can shade out many native species.  It is a pest species, and its management and removal is a major headache in many areas, and of course a cost to local authorities and nature reserves.

One lesser known use for the plant is that you can eat it!  The young leaves can be used as a vegetable but have to be cooked to negate the effects of calcium oxalate, and the dried seeds can be used to make curries.

Some of these well-meaning plant-hunters bringing unusual and exotic flora and fauna back to Britain have a huge amount to answer for.
Posted by Grampy Bustard at 08:27 1 comment:

With a long-planned visit by my elderly mother from Ireland, plans were thrown into confusion by a conversation between her and a fellow crocheter (?!) who had just returned from Wimbledon.  Mum expressed how much she would have loved to have gone at some time, but felt that the opportunity had passed her by.  Well within a few hours, Mum was presented with the offer of a couple of complementary tickets for the Ladies Singles finals on Saturday from a well-connected relative of her friend.  An opportunity too good to miss, and I was happy to take her on the 480mile round-trip on Saturday.  We managed to park in the car-park nearest to the main gate, and as I had a wheelchair to save Mum walking, we were put in the nearest part of the car-park to the gate!  I do not think it would have been possible to get any closer.

I picked up the ticket which had been left in a booth for us (£105 pounds face value each!), and found our way the short distance to our seats.  A bit of a hassle to find a secure place to park the wheelchair, and just made it in to the arena in time for the players to walk out.

Getting a bit late to the seat, and a little flustered I missed the reminder announcement to turn mobile phones off, something that I normally do religiously, as I get hugely annoyed by the thoughtless numpties that allow their phones to go off at the most inopportune moments...    Sure enough, shortly after the match started my phone started emitting the rather loud call of a Scops Owl and I struggled to dig my phone out of my pocket to silence it.  It just happened to be my best mate Pog texting me to find out where we were sat in order that he could look out for us on the TV.  Bloody typical, if rather amusing in hindsight, but I had visions of being featured on the 6 o'clock news as the idiot that interrupted the 2012 Ladies Final!

No apologies for the indulgence of a few action shots of the day, and some shots of the two of us taken at distance by the generous benefactor who had supplied the tickets. 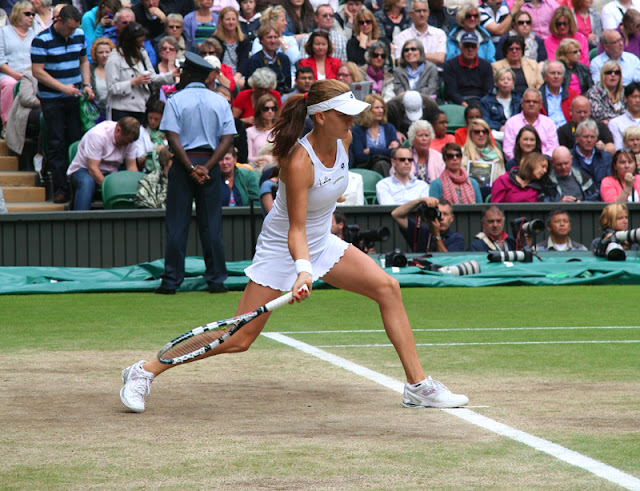 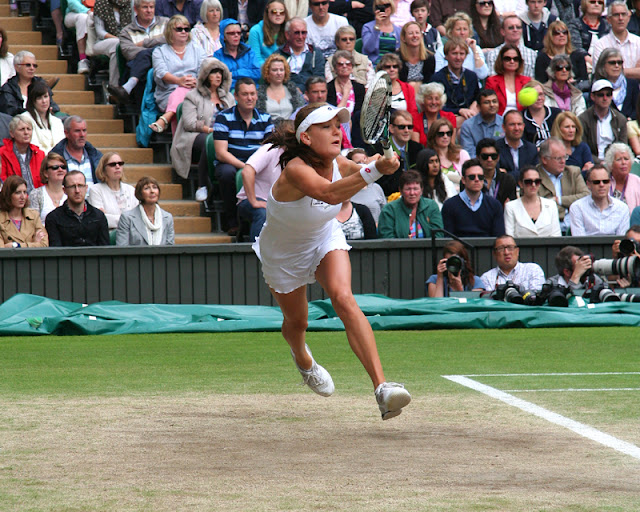 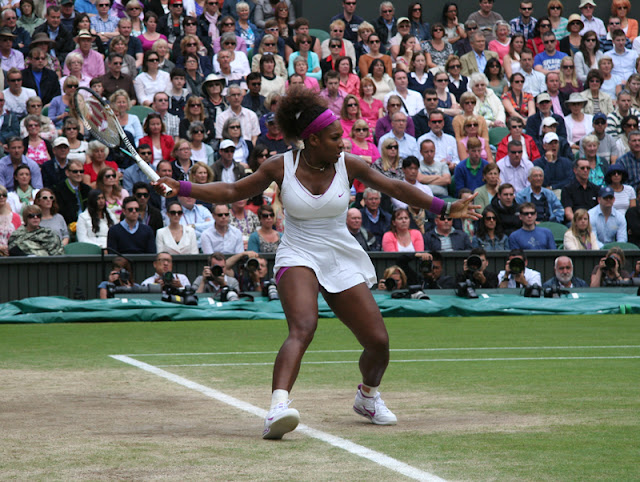 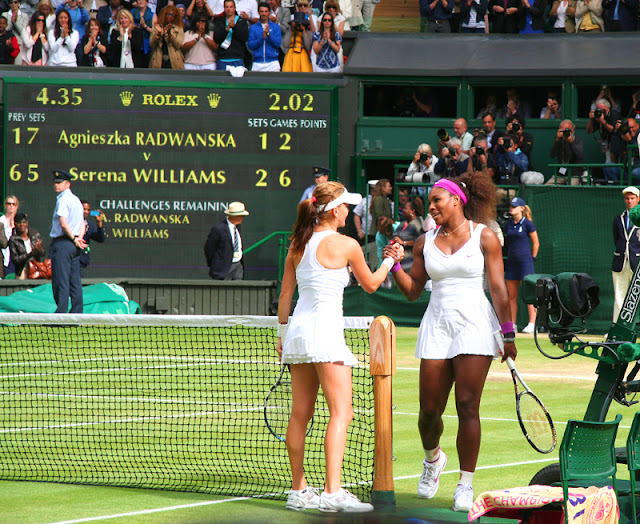 A quick close-up of the Royal Box, and I reckon there is one minor Royal, one actor and five Ladies tennis players...how many can you see?   Answers at the bottom of the page.

And some more photos of the after-match presentation. 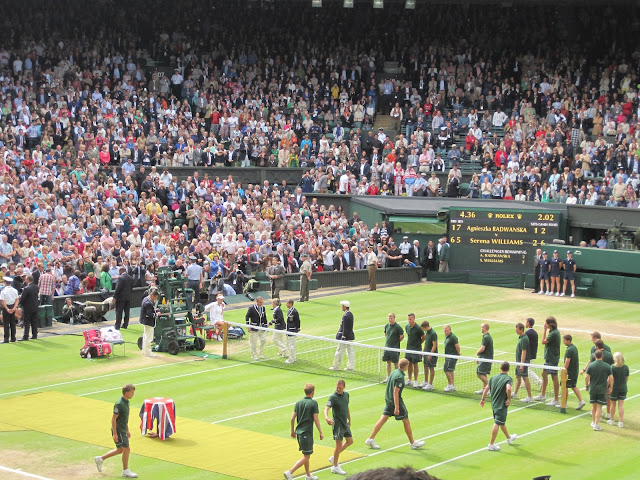 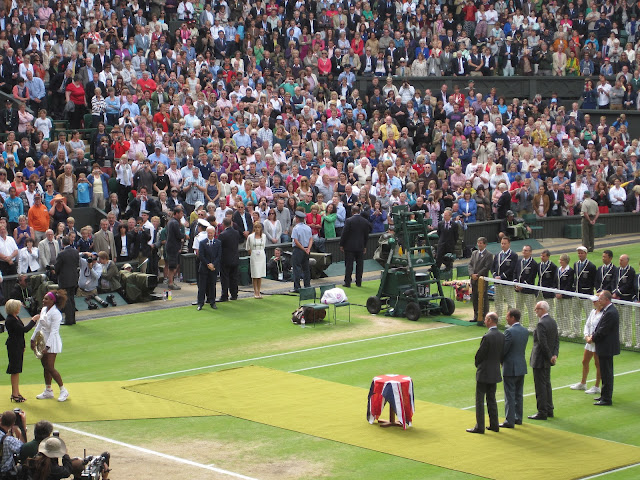 Mum and I are extreme left, 2nd row in, me with the dark baseball cap.... 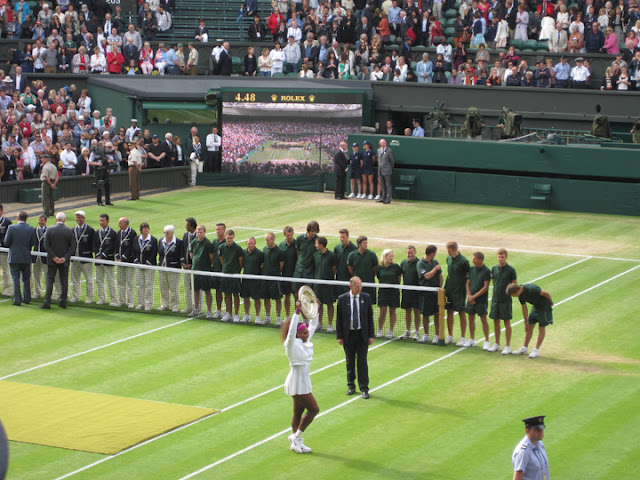 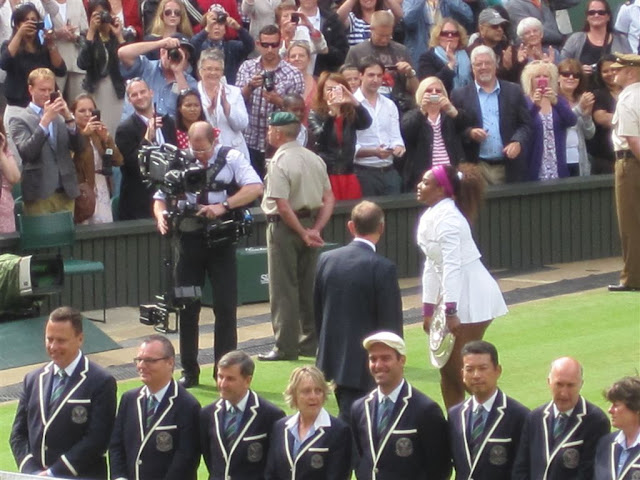 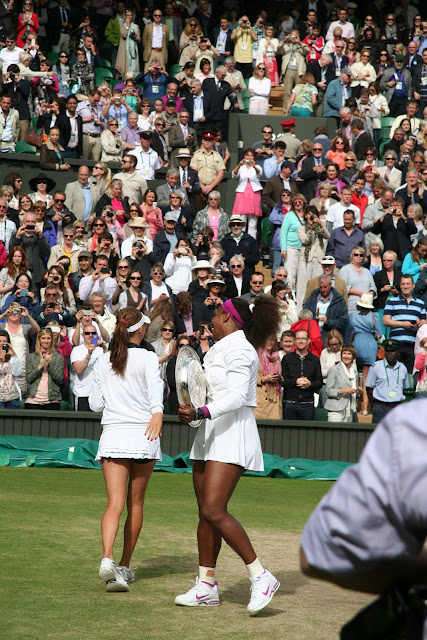 A great day out, some superb tennis, including part of the mixed doubles, and some strawberries and cream from Centre Court, and Mum achieving a life-long ambition.... 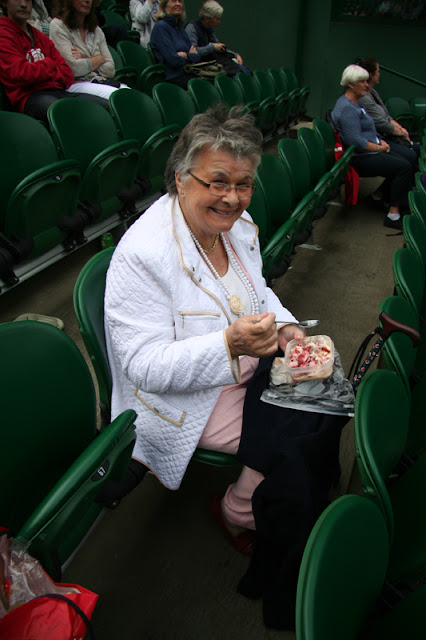 ANSWER to the celebs in the Royal Box
...and those in the picture were Prince Michael of Kent in front row, John Hurt in 2nd row with Navratilova, in third row Billie-Jean King, Ginnie Wade and Ann Jones, and Tracey Austin in row 4.
Posted by Grampy Bustard at 00:53 No comments:

With the continued unsettles weather it really is down to looking at the latest forecasts to see if there is a window of opportunity.  Sunday night looked dry until mid-morning so it was Pilmoor Wood that was the chosen site, and the aspen grove was favourite.  Typically the rain started in the early hours so a quick pack up was required, but a modest haul of 91 moths of 30 species was recorded.  Highlights were mainly micros, with another Cochylis nana although this one much more subdued marked than the one a few weeks ago.


With such a muggy night on Wednesday night, no wind and again no rain forecast till the morning,  it was Pilmoor again but nearer the road in the damper woodland, with the hope of getting Mere Wainscot like last year.  Rather stupidly I forgot to pick up my 160MVB bulb so only ran the 125MV Robinson trap, but it certainly seemed to pull in good numbers, about 450 moths and good selection of c.75 species; just think I could have doubled this total if I had remembered all the equipment.....  Highlights were the third VC62 record of the colourful but diminutive Pammene aurana (5mm in length), seven Epinotia demarniana, and the ever beautiful Lilac Beauty.

A walk along the old railway line at 2345 produced at least 11 female Glow-worms displaying and two males were attracted to the trap.  Oddly enough, a walk along the same route at 0130 and none at al were seen, perhaps influenced by two brief appearances of the moon which popped out from behind the cloud for several minutes.

Posted by Grampy Bustard at 22:09 No comments: